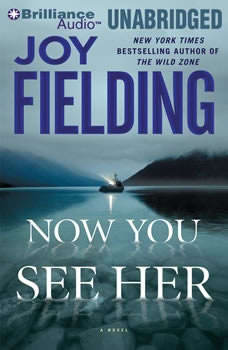 Now You See Her

Fifty-year-old Marcy Taggart’s life is in shambles. Two years ago, her twenty-one-year-old daughter, Devon, perished in a canoeing accident. Her body was never found in the icy waters of Georgian Bay, and as a result Marcy has never fully accepted her death. She continues to see the young woman’s face in crowds and has even stopped strangers on the street, certain she has finally discovered her long lost daughter. Now in Ireland, on what was originally intended to be a celebration of her twenty-fifth wedding anniversary — if, that is, her husband had not left her for another woman — Marcy yet again thinks she sees her daughter, casually strolling past her on the sidewalk. So begins Marcy’s desperate search to find Devon, to find herself, and to find the disturbing truth that might, in the end, be her only salvation. Now You See Her vividly displays Fielding’s rare talent for creating the kind of tension, suspense, and compelling heroines readers crave. Riveting from start to finish, it’s one fans won’t want to miss.

They’re one of the country’s most telegenic couples: beloved TV journalist Sara Lowell and New York’s hottest basketball star, Michael Silverman. Their family and social connections tie them to the highest echelons of the political...