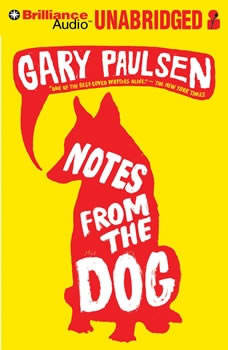 Notes from the Dog

Fourteen-year-old Finn is a loner, living with his dad and his amazing dog, Dylan. This summer Finn is hoping for a job where he doesn’t have to talk to anyone except his buddy, Matthew. Then he meets Johanna, who’s living next door. She’s a graduate student in her twenties, cool and funny, and she treats Finn as an equal. Dylan thinks she’s great too. Johanna’s dealing with breast cancer, and Matthew and Finn help take care of her — and come to care for her. When she hires Finn to create a garden, his efforts backfire comically. But Johanna, and working in the garden, help Finn discover his hidden talent for connecting with people.