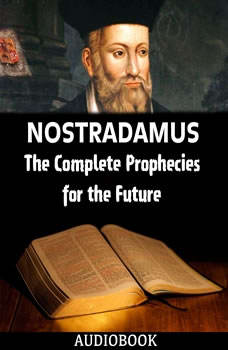 Nostradamus: The Complete Prophecies for the Future

Nostradamus, the greatest diviner and scryer who ever lived, was born on the 13th December 1503, in Provence, France. His prophecies have been in continuous print since his death on the 1st July 1566, an event that he accurately foretold on the night before it happened. "Nostradamus - The Complete Prophecies for the Future" translation and insightful interpretation reveal extraordinary and sometimes shocking predictions for the future.