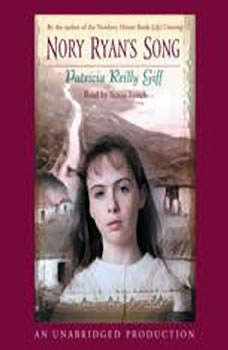 Nory Ryan's family has lived on Maidin Bay on the west coast of Ireland for generations, raising a pig and a few chickens, planting potatoes, getting by. Every year Nory's father goes away on a fishing boat and returns with the rent money for the English lord who owns their cottage and fields, the English lord bent upon forcing the Irish from their land so he can tumble the cottages and clear the fields for grazing. Times are never easy on Maidin Bay, but this year, a terrible blight attacks the potatoes. No crop means starvation. Twelve-year-old Nory must summon the courage and ingenuity to find food, to find hope, to find a way to help her family survive.