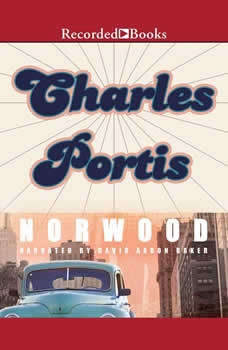 An American literary treasure, Charles Portis penned the Western classic True Grit. Set in the 1960s, Norwood is a picaresque romp taking audiences on a journey from Texas to New York and back again. An ex-marine, troubadour Norwood Pratt is on a mission to recover money he once loaned to a buddy in the service. Along the way, he gets into all manner of trouble involving stolen cars, beautiful women, and a chicken with a college education.