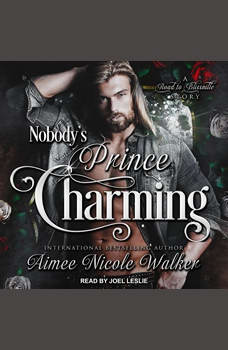 Fire and ice. Oil and water. Vodka and decisions. That's what Darren McCoy and Wren Davison are: two opposites that shouldn't mix well. Dare believes in fairy tales, true love, and happily ever after. Wren believes in fast cars, freedom, and no-strings sex. What can these two men possibly have in common? A magnetic pull strong enough to obliterate logic and reason. For more than a year, Dare and Wren have worked together at the Curl Up and Dye Salon. Dare has pursued the mysterious, brooding man, and Wren has resisted his provocative charm. Then one day, something happens that allows the men to see each other in a new light. Wren learns that Dare hides a heavy heart behind his brilliant smile. Dare realizes that beneath Wren's gruff exterior beats the heart of a prince. Passions ignite once the men stop fighting their attraction, but will it be enough to overcome their differences? Is Wren the prince that Dare is looking for? Can Dare teach Wren that true love does exist? Contains mature themes.