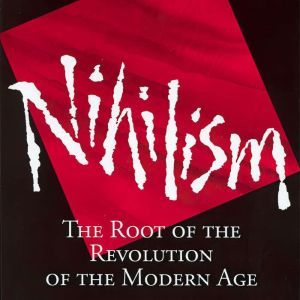 Nihilism: The Root of the Revolution of the Modern Age

“What does Nihilism mean?” wrote Friedrich Nietszche. “—That the highest values are losing their value. There is no goal…. There is no Truth, no ‘thing in itself.’ There is no answer to the question: ‘why?’”

In 1962, the young Eugene Rose—the future Hieromonk Seraphim—undertook to write a monumental chronicle of the abandonment of Truth in the modern age. Of the hundreds of pages of materials he compiled for this work, only the present essay, on Nihilism, has come down to us in completed form. Here Eugene reveals the core of all modern thought and life—the belief that all truth is relative—and shows how this belief has been translated into action in our era. Today, over half a century after he wrote it, this essay is more timely than ever. It clearly explains why contemporary ideas, values, and attitudes—the “spirit of the age”—are shifting so rapidly in the direction of moral anarchy, as the philosophy of Nihilism enters more deeply into the fiber of society. Nietszche was right when he predicted that the twentieth century would usher in “the triumph of Nihilism.”

As the post-modern world of the twenty-first century has continued to sink ever further into relativism, this classic essay has continued to grow in popularity among those thirsting to understand the causes of the catastrophe that is rapidly overtaking Western societies. 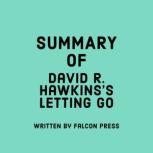 Buy now to get the key takeaways from David R. Hawkins's Letting Go. Sample Key Takeaways:1) The mind is a monkey. The monkey is always jumping around, from tree to tree, from one thought to another. It's always looking for the next thing. It's... 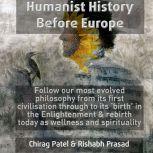 Follow our most evolved philosophy from its first civilisation through to its ‘birth’ in the Enlightenment and rebirth today as wellness and spiritualityHumanism is our oldest, most well developed spiritual philosophy. Follow humanism&rs...