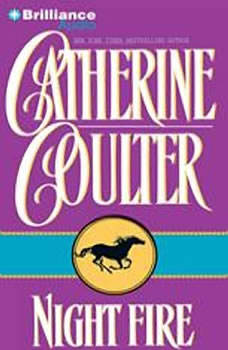 The classic New York Times bestselling tale of romance and intrigue in Regency England…Dear Listener,I began writing the Night Trilogy in 1987. I’m very proud of all three novels. Perhaps Night Fire is my favorite simply because it’s so different from the other two.In Night Fire, Arielle Leslie is a sixteen-year-old girl forced to wed Paisley Cochrane, a sadistic old man who abuses her. When he dies, she believes herself free. But she’s not.Burke Drummond, Earl of Ravensworth—a young man she’d worshipped three years before—is home from the wars, and he wants her. When he catches her, he’s in for an appalling surprise.Burke and Arielle are two people who have touched me deeply. Together they faced problems and obstacles never spoken of in Regency time.Do give Night Fire a try. See if you don’t agree with me that Arielle and Burke are two very special people.Catherine Coulter