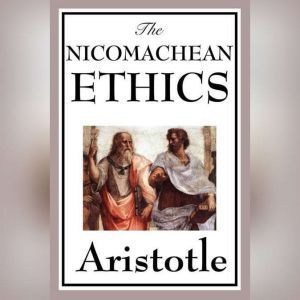 The Nicomachean Ethics is the name normally given to Aristotle's best-known work on ethics. The work, which plays a pre-eminent role in defining Aristotelian ethics, consists of ten books, originally separate scrolls, and is understood to be based on notes from his lectures at the Lyceum. The title is often assumed to refer to his son Nicomachus, to whom the work was dedicated or who may have edited it (although his young age makes this less likely). Alternatively, the work may have been dedicated to his father, who was also called Nicomachus.

The theme of the work is a Socratic question previously explored in the works of Plato, Aristotle's friend and teacher, of how men should best live. In his Metaphysics, Aristotle described how Socrates, the friend and teacher of Plato, had turned philosophy to human questions, whereas pre-Socratic philosophy had only been theoretical. Ethics, as now separated out for discussion by Aristotle, is practical rather than theoretical, in the original Aristotelian senses of these terms. In other words, it is not only a contemplation about good living, because it also aims to create good living. It is therefore connected to Aristotle's other practical work, the Politics, which similarly aims at people becoming good. Ethics is about how individuals should best live, while the study of politics is from the perspective of a law-giver, looking at the good of a whole community.