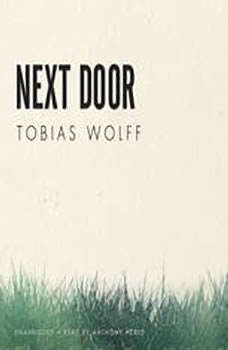 An introspective story of neighbors, movies, and marriage from short-story master Tobias Wolff Lying stiffly in their separate beds, a husband and his wife are woken in the middle of the night to the sound of their fighting neighbors. There are three of thema man, a woman, and a young child. With their blasting stereos, violent interludes, and steamy make-up sessions, the wife has had enough. The husband, however, is preoccupied with other thoughtssex, movies, and humanitys capacity to adapt and change. Understated yet poignant, "Next Door" is a reflection on the spectrum of human companionship, from mundane restraint to explosive passion.