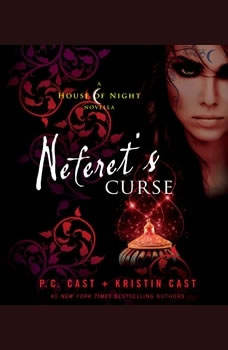 With more than 12 million books in print, rights sold in almost 40 countries, and over two years on the New York Times bestseller list, the House of Night series is an international publishing sensation. Now, the excitement continues as the Cast mother-daughter duo shares the back stories of a few of the House of Night's most important – and mysterious – characters. In the third House of Night novella, Neferet's Curse, the secret history we've all been waiting for is finally revealed... Neferet, the Tulsa House of Night's darkly seductive High Priestess, wasn't always a powerful vampyre, but she has always been beautiful. Raised in turn-of-the-century Chicago in a motherless home, her beauty makes her the prey of unwanted attention and abuse, leaving her with scars that will never heal – and a Darkness that will eventually need to find its way out. But when she is Marked and gains strength, both physical and magickal, she turns her anger into power and looks for a way to regain what was stolen from her. From victim to High Priestess, beautiful young woman to powerful seductress, Neferet's journey begins...