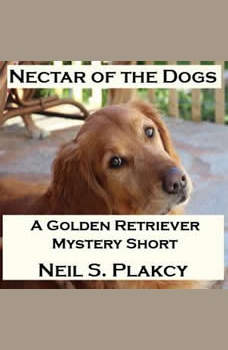 Nectar of the Dogs

"Nectar of the Dogs" is a short story in the world of the golden retriever mystery series. Reformed computer hacker Steve Levitan and his golden retriever, Rochester, team up to solve crimes around their hometown of Stewart's Crossing, Pennsylvania.

In this story, Steve reconnects with a childhood friend who suffers a series of personal tragedies—almost like something out of Greek mythology. He uses what he knows about his friend, and Greek cuisine, to dig up the clues and bring a murderer to justice.

You'll notice that the title of all the stories and novels are a play on phrases using God—in this case "nectar of the gods," which is mentioned in the story.