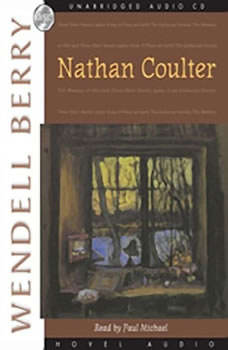 This, the first title in the Port William series, introduces the rural section of Kentucky with which novelist Wendell Berry has had a lifelong fascination. When young Nathan loses his grandfather, Berry guides readers through the process of Nathan's grief, endearing the reader to the simple humanity through which Nathan views the world. Echoing Berry's own strongly held beliefs, Nathan tells us that his grandfather's life "couldn't be divided from the days he'd spent at work in his fields." Berry has long been compared to Faulkner for his ability to erect entire communities in his fiction, and his heart and soul have always lived in Port William, Kentucky. In this eloquent novel about duty, community, and a sweeping love of the land, Berry gives readers a classic book that takes them to that storied place.