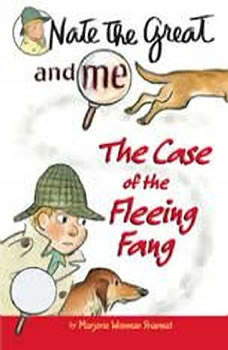 Nate the Great and Me: The Case of the Fleeing Fang

Nate the Great needs your help. Annie's dog, Fang, is missing! That's what Nate discovers when his friends throw him a surprise Happy Detective Day party. Where is Fang? As you and Nate track down clues--Fang was learning tricks for the party; he was seen running away from two tiny poodles and following a lady wearing fluffy-bunny shoes--Nate will share his expert detective skills with you so you can sharpen your sleuthing talents.