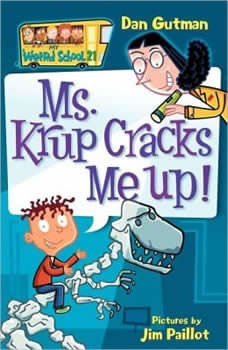 A.J. thinks that nothing can possibly be as boring as a sleepover in the natural history museum. However, anything can happen when Ms. Krup is in charge. She says the dinosaur skeletons come to life in the middle of the night. Is she right?