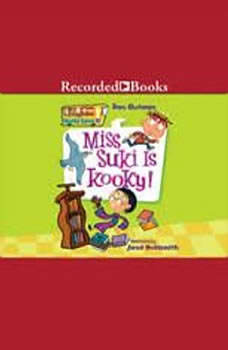 Something weird is going on! Miss Suki is a famous children's book authorand she's coming to A.J.'s school! She lives in the rainforest and writes about endangered animals. But when her pet raptor gets loose in the classroom, it's the kids who are going to be endangered! Yikes!