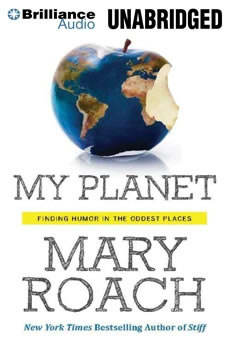 My Planet: Finding Humor in the Oddest Places

From acclaimed, New York Times bestselling author Mary Roach comes the complete collection of her “My Planet” articles published in Reader’s Digest. She was a hit columnist in the magazine, and this audiobook features the articles she wrote in that time. Insightful and hilarious, Mary explores the ins and outs of the modern world: marriage, friends, family, food, technology, customer service, dental floss, and ants—she leaves no element of the American experience unchecked for its inherent paradoxes, pleasures, and foibles.