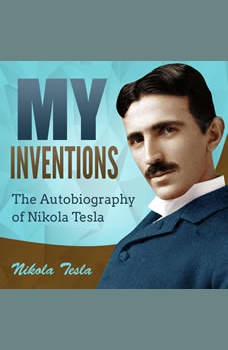 My Inventions: The Autobiography of Nikola Tesla

Nikola Tesla was a Serbian-American inventor, electrical engineer, mechanical engineer, physicist, and futurist, who is best known for his contributions to the design of the modern alternating current (AC) electricity supply system.

Born and raised in the Austrian Empire, Tesla received an advanced education in engineering and physics in the 1870s and gained practical experience in the early 1880s working in telephony and at Continental Edison in the new electric power industry. He emigrated to the United States in 1884, where he would become a naturalized citizen. He worked for a short time at the Edison Machine Works in New York City before he struck out on his own.

This autobiography is divided into six chapters covering different periods of his life: My Early Life, My First Efforts At Invention, My Later Endeavors, The Discovery of the Rotating Magnetic Field, The Discovery of the Tesla Coil and Transformer, The Magnifying Transmitter, and The Art of Telautomatics.