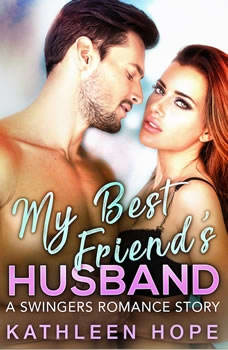 “Abby I cannot wait to see you!” I couldn’t help but grin at my best friend Melody’s enthusiasm. We hadn’t seen each other for years since she’d moved to New York to pursue her dancing after we’d graduated from college. She’d made it, dancing professionally with a world famous troupe. I missed her terribly. “I can’t wait to see you either. We have so much to catch up on. Danny and I were just talking about you the other day. I’d seen on the news that you guys were in Budapest.” She sighed. “Yeah. It was beautiful. But I’m glad for a break. And I want you to meet Jeff.” “Jeff? Who’s Jeff?” “My husband.” “Wait, you got married and didn’t invite me to the wedding? That’s not cool, bestie.” Melody chuckled. “Calm down, woman. We just got married six months ago in a private ceremony. We’re planning to have a reception for our families and friends after football season is over.” “He’s a football player?” “Yep. He’s super sweet and sexy as hell. I think you’ll like him. I can’t wait for you guys to meet. How’s Danny?” I shrugged though she couldn’t see it. “He’s good. He’s working his way up the ladder in the firm.” “That’s great. We always said he was super...