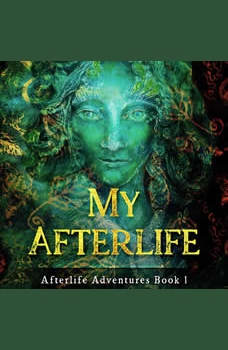 Wade Hawkesworth receives a visit from an old friend. Pete, his young friend, had ridden over on his bicycle. He was 10 years old, just as Wade remembered him!

The only problem was that Wade himself was 35 years old. That, and the fact that he also knew that his old friend Pete was dead...

Wade set off in his old Ford F100 pickup truck to travel down to Pete's old house in Illinois to see what was going on. He loaded up the truck with his golden retriever dog Charlie by his side, and they set off on the backroads of southwest Wisconsin, heading to Illinois in search of answers, and to check up on his relatives.

Then a wheel-less Big Rig showed up behind them, driven by a demon Hell Trucker holding an emerald that blasted beams of sorcerous doom- intent on blasting the old truck into pieces. Luckily, Wade had brought a big bore pistol along- but, would it work against the supernatural?

Perhaps it would- in the Afterlife...