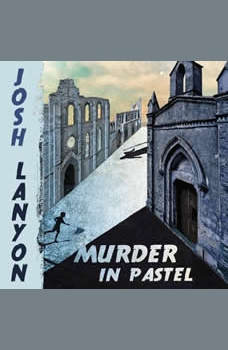 Ten years ago Cosmo Bari vanished, and with him, his legendary masterpiece, Virgin in Pastel. Since that day no one in the seaside art colony of Steeple Hill has heard from the eccentric painter.Surrounded by an extended family of Cosmo’s colorful compatriots, mystery writer Kyle Bari believes he has come to terms with being abandoned by his famous father, until the day Adam MacKinnon arrives with his new lover, the beautiful but poisonous, Brett.Brett has an unerring instinct for other people’s weak spots; soon the quiet colony is seething with hostility and suspicion as Brett hints he knows something about the missing artist.