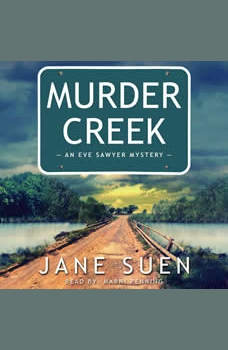 Twenty years ago, Lacey disappeared without a trace … except for her bloody scarf tangled in fallen branches at the muddy water’s edge.

Drawn to this cold case, Eve goes back to investigate and write a report for her journalism class. As she discovers a small town’s long-buried dark secrets, the pieces of the puzzle come together: the legacy of a man, the fate of a beautiful woman, and the lives that changed forever.

But someone wants Eve to stop—someone with everything to lose.

If Eve’s not careful, she could be next.