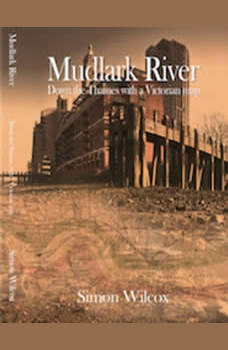 Mudlark River: Down the Thames with a Victorian Map

The discovery of a Victorian map in a London antiques shop takes Simon Wilcox on a journey down the Thames: his mission a bit like that of those Victorian river scavengers, the mudlarks, to forage about on the shoreline for something of value.

The mudlarks found old coins, and objects washed up from ships anchored in the London docks. Tramping down the Thames Path, catching the occasional boat, Simon finds fragments of history lurking just below the surface of the modern waterway.

As the trip progresses from the river's source all the way to the sea, this history becomes more varied and colourful. Not only does Simon follow the life and times of the London cartographer who drew up the map - Edward Weller - but he also uncovers the stories of refugees and exiles washed up on the river banks over the centuries, and of drifters and conscripts heading in the other direction, leaving the river for foreign shores. In the process, he unearths a river that is both national and international, both local and global.

But can he track down something of true value? Flush out something like the casket of Oriental pearls the mudlarks always dreamt of finding? As the journey unfolds, the river begins to reveal its secrets.