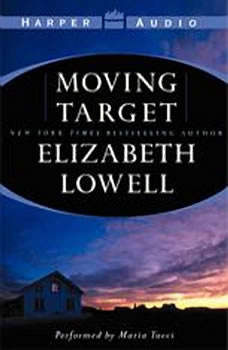 "When your read this, I'll be dead…"These are the troubling words Serena Charter's grandmother has written on a note accompanying four pages of a centuries-old illuminated manuscript delivered after the old woman's passing.Seeking clues to the mystery laid out before her, Serena turns to Erik North, a reclusive manuscript appraiser with a passion for the past. Erik's examination of the vellum pages raises perplexing questions – about Serena's legacy, the possible location of the remainder of the manuscript…and the senseless murder of an eccentric old woman.Suddenly, Serena and Erik find themselves in the center of a firestorm that rages between two worlds…a past long dead yet living on in an ancient text and a contemporary landscape fraught with terror. Now, there is no one they trust except each other as they get closer to a shocking revelation about what is really at stake and how far a killer will go to possess a vanished treasure.

No one conducts a more chilling, suspenseful, thoroughly engrossing tour through the winding corridors of criminal behavior and the secret chambers of psychopathology than Jonathan Kellerman, the bestselling “master of the psychological thrill...

About Face
by Fern Michaels

When Dr. Blake Hunter discovers Casey Edwards wandering along a Sweetwater, Georgia, road, she’s a woman without a past, her memory stripped of the terrifying events that shattered her innocence a decade ago. The scrap of paper she clutches in...

A Season of Angels
by Debbie Macomber

This is the novel that started it all from #1 New York Times bestselling author Debbie Macomber—the first appearance of delightfully ditsy yet well-meaning guardian angels Shirley, Goodness, and Mercy. A Season of Angels is a heartwarming Chri...