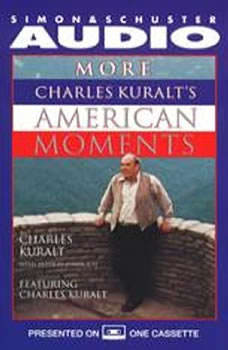 More Charles Kuralt's American Moments takes us on a wonderful, joyous exploration of Americana with this second volume of never-before-available spoken-word accounts of what makes the United States so special. An American Moment with Charles Kuralt -- a timeless series of television essays about uniquely American people, places, and ideas -- was Kuralt's last project before his death on Independence Day, 1997. In this rare and special recording, Kuralt visits: Noah Webster's House, the makers of the red, white and blue barber's pole, a hospital for eagles, the sequoia forest, the road less traveled, and more. A remarkable collection of pieces that remind us of Charles Kuralt's unmatched ability to capture the extraordinary aspects of ordinary lives, More Charles Kuralt's American Moments warms the heart and touches the soul.

Stoicism: The Practical Guide to the Stoic Philosophy and Art of Happiness in Modern Life to Help You Develop your Self-Discipline, Critical Thinking and Mental Toughness and Live a Better Life
by Kevin Rhodes