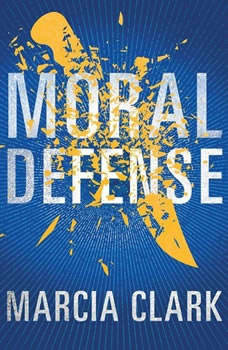 “[Moral Defense] has it all: a hard-charging lawyer heroine, tough-as-nails cops…as well as fly-by-the-seat-of-your-pants pacing and page-turning twists.” —The Associated PressFor defense attorney Samantha Brinkman, it’s not about guilt or innocence—it’s about making sure her clients walk.In the follow-up to bestselling Blood Defense, Samantha is hired as the legal advocate for Cassie Sonnenberg after a brutal stabbing left the teenager’s father and brother dead, and her mother barely clinging to life. It’s a tabloid-ready case that has the nation in an uproar—and Sam facing her biggest challenge yet. Why did Cassie survive? Is she hiding something? As Sam digs in to find the answers, she’s surprised to find herself identifying with Cassie, becoming more and more personally entangled in the case. But when Sam finally discovers the reason for that kinship, she faces a choice she never imagined she’d have to make.