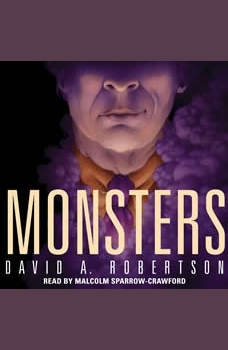 Cole Harper is struggling to settle into life in Wounded Sky First Nation. He may have stopped a serial killer, but the trouble is far from over. A creature lurks in the shadows of Blackwood Forest, the health clinic is on lockdown by a mysterious organization, and long-held secrets threaten to bubble to the surface. Can Cole learn the truth about his father's death? Why won't Choch give him a straight answer? Where the heck is Jayne? Oh, and high school sucks.

Monsters is the second novel in David A. Robertson's The Reckoner trilogy.