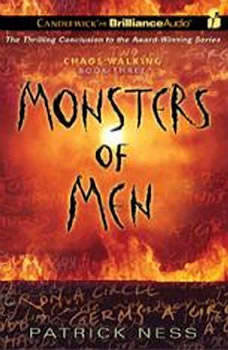 In the riveting conclusion to the acclaimed dystopian series, a boy and girl caught in the chaos of war face devastating choices that will decide the fate of a world.As a world-ending war surges around them, Todd and Viola face monstrous decisions. The indigenous Spackle, thinking and acting as one, have mobilized to avenge their murdered people. Ruthless human leaders prepare to defend their factions at all costs, even as a convoy of new settlers approaches. And as the ceaseless Noise lays all thoughts bare, the projected will of the few threatens to overwhelm the desperate desire of the many. The consequences of each action, each word, are unspeakably vast: To follow a tyrant or a terrorist? To save the life of the one you love most, or thousands of strangers? To believe in redemption, or assume it is lost? Becoming adults amid the turmoil, Todd and Viola question all they have known, racing through horror and outrage toward a shocking finale.

From slavery to George Floyd, discover the history of racism in the USA, from its beginning to today.Welcome to the 21st century, the time when racism is alive and well, even though everybody claims they live in a post-racial society. In order to fi...

More Than This
by Patrick Ness

From the acclaimed author of the Chaos Walking trilogy and A Monster Calls comes one of the most provocative teen novels of our time.A boy named Seth drowns, desperate and alone in his final moments. But then he wakes. He is naked, thirsty, starving...