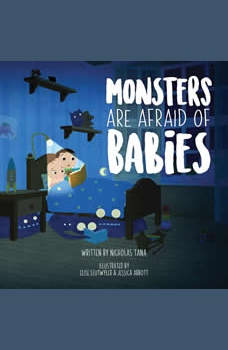 Monsters Are Afraid of Babies

A boy learns to face his fear of monsters after discovering that monsters are afraid of his baby sister. Inspired by a child’s imagination, this children’s story published by New Classics Books, features a timeless, rhythmical tale by writer and filmmaker, Nicholas Tana, along with fantastic sound design and original compositions from the award-winning, German film composer, Richard Albert.