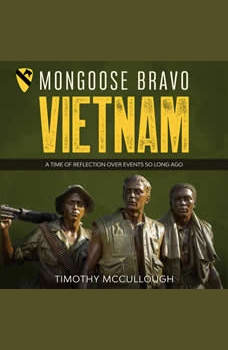 Mongoose Bravo: Vietnam: A Time of Reflection Over Events So Long Ago

This project has taken me a lot longer than anticipated.

It started as a result of wanting to let the mother of a fallen soldier know what happened to her son, as well as where his death took place.

She and I had been in contact over the years, during which she asked quite a few questions; so, I began writing it all down.

I may have been better served if I had pushed my memories of Vietnam off into the ditch alongside the road traveled and driven on without looking back. In the long run, I believe it has been therapeutic. Therefore, worth the time I put into writing it all down.

We lived, and fought as a unit, covering each other’s backs.

Most came home to tell their own stories, many didn’t.