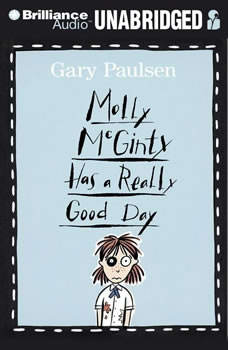 Today, - Molly lost her Notebook. - Her Notebook that Contained Everything She Needed to Live. - Including her homework. - Learned her wacky grandma Irene was coming to spend the day at school with her. - Got a black eye. - Was late to class. And it’s only nine a.m. Could things get any worse? You bet!