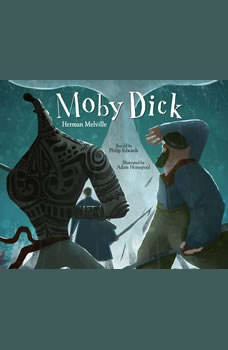 When Ishmael joined the crew of a whaling ship called the Pequod, he was eager for a life of adventure on the high seas. But he didn't know that what he was about to embark on would be the adventure of a lifetime. With Captain Ahab at the helm, Ishmael and his crewmates quickly learned that they weren't simply hunting whales. They were on a quest for the biggest catch there ever was: the great white whale of legend, Moby Dick.