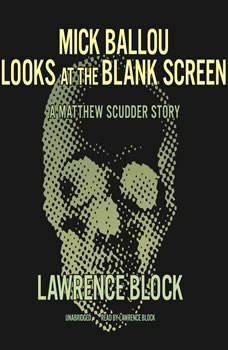 Lawrence Block's seventeen Matthew Scudder novels have won fans throughout the world-along with a bevy of awards, including the Edgar, the Shamus, the Philip Marlowe (Germany), and the Maltese Falcon (Japan). But Scudder has starred in short fiction as well, and in this one, Matthew Scudder and his wife Elaine visit their good friend, Mick Ballou, at his bar, Grogan's, where Mick muses on about the final scene of The Sopranos. "Mick Ballou Looks at the Blank Screen" was first published in a two hundred-limited-edition broadside in 2007, and, according to Lawrence Block, "it sold out in a hurry."