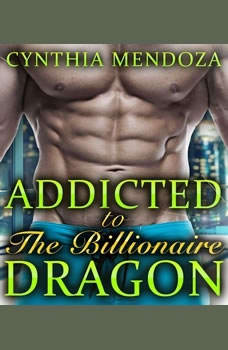 Menage: Addicted to The Billionaire Dragon

When Chloe Becker decides to fake her resume and lie on a job application to get a higher paying job, she has no idea what she is getting herself in to. Sure that she can get away with learning as she goes, Chloe walks in to her interview with all the confidence in the world. It doesn't take long for her potential boss to see right through her, but lucky for Chloe, he is looking for someone to fill a position in his other business as well. A position a little more...interesting. That's when Chloe is introduced to Club Draco. When she first sets her eyes on it, she is convinced that her new boss-to-be is nothing more than a murderer trying to get his kicks before leaving her dead. The building is dark, the windows are tinted and there are absolutely no signs of life inside. What Chloe doesn't know, however, is that within the basement of the creepy looking club, a nightlife she never could have imagined is thriving. A nightlife that consists of dragon shifters, fetishes and the most gorgeous man she has ever set her eyes on.