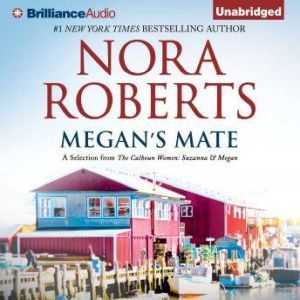 Megan's Mate: A Selection from The Calhoun Women: Suzanna & Megan

Calhoun sister-in-law Megan O'Riley and her young son have traveled far to become the Towers' newest residents and begin a fresh chapter in their lives. Cool as an Atlantic breeze, Megan buried her passions deep and vowed never to let her heart lead her astray again. But when boat captain Nate Fury set his course for her, not even Megan's toughest resistance could divert him. The practical lady seemed destined to be swept away by the rugged seaman's formidable charm.…