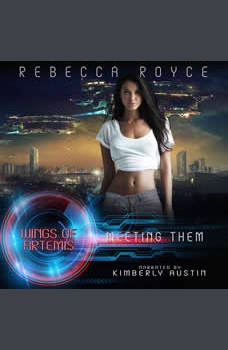 Paloma Delacroix has suffered greatly for a mistake in her youth. She dreams of a future she wonders if she can ever have. But for all her imagination, Paloma can’t predict what is about to happen. Thomas, Clay, Keith and Quinn McQueen are men with secrets and a past that keeps them on the run. But when life explodes around Paloma, the McQueens will be all that stands between Paloma and death.

Her sweet nature and strength make them believe the universe might not be as awful as they’ve come to believe it. But is it too late for all of them? Or can love win the day?