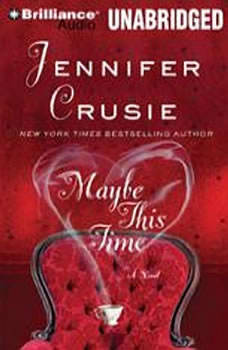 Andie Miller is ready to move on with her life. She wants to marry her fiancé and leave behind everything in her past, especially her ex-husband, North Archer. But when Andie tries to gain closure with him, he asks one final favor of her. A distant cousin has died and left North the guardian of two orphans who have driven away three nannies already, and things are getting worse. He needs someone to take care of the situation, and he knows Andie can handle anything....When Andie meets the two children, she realizes the situation is much worse than she feared. Carter and Alice aren’t your average delinquents, and the creepy old house where they live is being run by the worst housekeeper since Mrs. Danvers. Complicating matters is Andie’s fiancé’s suspicion that this is all a plan by North to get Andie back. He may be right because Andie’s dreams have been haunted by North since she arrived at the old house. And that’s not the only haunting....Then her ex-brother-in-law arrives with a duplicitous journalist and a self-doubting parapsychologist, closely followed by an annoyed medium, Andie’s tarot card–reading mother, her avenging ex-mother-in-law, and her jealous fiancé. Just when Andie’s sure things couldn’t get more complicated, North arrives to make her wonder if maybe this time things could just turn out differently....

The Land of Mango Sunsets
by Dorothea Benton Frank

Dorothea Benton Frank is one of America's most insightful writers weaving highly addictive tales of the conundrums of life with hilarity and heat. Now, in The Land of Mango Sunsets, Frank gives us one woman's journey toward a hard-won truth—t...

The Friends We Keep
by Susan Mallery

After five years as a stay-at-home mom, Gabby Schaefer can't wait to return to work. Oh, to use the bathroom in peace! No twins clamoring at the door, no husband barging in, no stepdaughter throwing a tantrum. But when her plans are derailed by some...