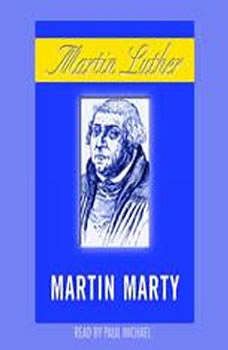 A superb work of intellectual history, this slim volume by one of today's foremost theologians takes you through the mind and times of Europe's firebrand, Martin Luther. Deeply convinced that man and God could have a spiritual relationship unmediated by the pomp, offices, money and power of the Catholic Church, he strove ceaselessly to gain an understanding of how to obtain God's love in a perilous, desperate, and rapidly changing world. With the posting of his famous "95 Theses" on the church door in Wittenburg, he laid down a challenge to the official Church which would end in the vast split known as the Reformation, from which most modern Protestant denominations spring. The questions Luther raised with his characteristic obstinacy still bedevil us in our own time.

After a devastating run of German victories, Allied troops are beginning to halt Hitler’s advance. But far from the battlefields, Allied scientists are struggling.Intelligence reports put them a distant second behind the Germans in a competiti...

“This volume is small but weighty and a solid addition for all modern Christianity collections.” — Ray Olson, Booklist With a foreword by James Martin, this classic reader on the Reformation by Martin Marty answers the qu...