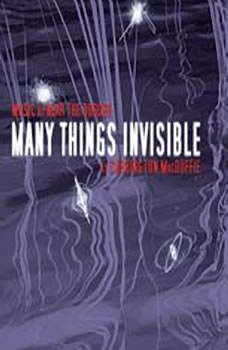 Narrator: Carrington MacDuffie with music by Near the Border

In this collection of fourteen poems by veteran vocal performer Carrington MacDuffie, spoken word is interwoven with music, sound, and vocals to create evocative and richly colored works of the imagination. Surreal, with a hint of the fairy tale, crossing grittiness with sweetness and light, the stories and images are haunting, engaging expressions of the female voice. Other voices are brought in to accent the work, and the music moves from meditative and entrancing to energized and impassioned. This highly original, multilayered confluence of language and sound can be experienced intimately for the depth of its content or enjoyed for its dreamy atmosphere.