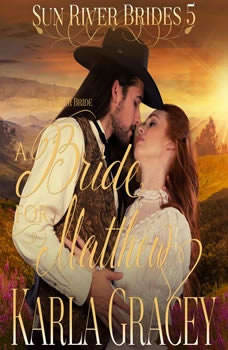 This audiobook is a standalone story. Emily Wilkins has led a glamorous life, part of a famous Circus family she has her own Act and a loving family. But a dramatic accident in the Ring means she has to face up to the fact that she never felt she fitted in. With her faithful donkey Claude she sets out for Montana to heal and find herself, but she gets much more than she ever bargained for. Widower Matthew Simmons wants something more than he always has had. As a boy he longed to run away with the Circus, but now he is taking the biggest gamble of his life. It could be the best thing to ever happen to him, or could it ruin his life, and that of his beloved son.

Amelia Llewellyn had a wonderful childhood, but when she lost her beloved Mama to illness as a girl her life changed beyond recognition. All but bringing up her half brother while her Papa and his new bride travel, she wants so much more for her lif...

Madelaine Crane has led a life of privilege, but her comfortable life has been ripped apart by scandal. Can she overcome the gossip and forge her way to a life of fulfilment and love despite their censure? Doctor William Havering is busy. His practi...

This is a standalone audiobook and doesn't need to be read as part of the series. Alice Springham has worked as a maid in a top Boston hotel since she was a girl. But she is feeling restless. Not knowing what she wants she answers an advertisement i...

This is a standalone audiobook and doesn't need to be read as part of the series. Catherine Parker has been brought up in the lap of luxury, and has always expected she would someday make an expedient marriage, but when her Papa insists she marry a...