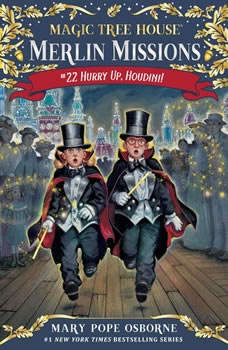 Abracadabra! Jack and Annie are on a mission for Merlin the magician. They’re looking for a secret of greatness from the best escape artist that ever lived, Harry Houdini. Using the magic tree house to travel back in time, Jack and Annie head to Coney Island to look for the elusive magician. How can they find the master of escape? It’s going to take some determination, a little bit of trouble, and a whole lot of magic!