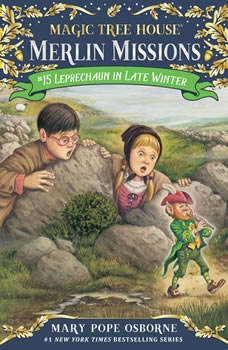 Jack and Annie are on a mission to find (and inspire!) creative people. This time, Jack and Annie meet an Irish girl and go on a magical adventure that changes the girl’s life—she grows up to be Lady Gregory, who helped bring back the Irish legends, started a theater, and helped the Irish people regain both their heritage and their pride.