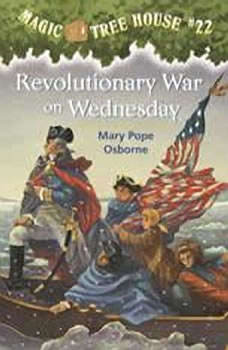 It is a dark and snowy night when the Magic Tree House whisks Jack and Annie back to colonial times. General George Washington is about to lead his army in a sneak attack against their enemy. But now a terrible weather is making the great general question his plans. Can Jack and Annie keep history on track? The fate of the country rests in their hands!