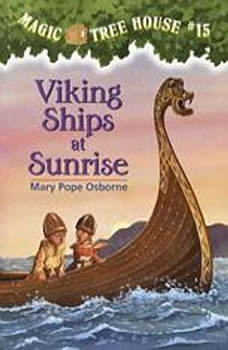 "Beware of Vikings!" warns Morgan.
Then Jack and Annie are whisked back to ancient Ireland. They land on a cliff on a misty island. How will they find the story they are looking for?