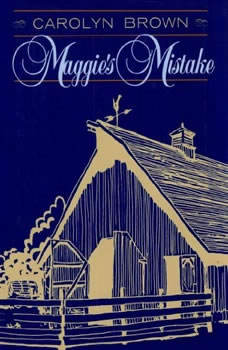 Maggie vowed to never marry a man who can't laugh or dance, but when she and the dull new doctor in town, Everett Dulanis, wind up spending the night together in an abandoned dugout house, all that changes. Her father is the best man and his shotgun is the bridesmaid at the wedding where a union has been made, but there's certainly no unity.Everett was engaged to Carolina Prescott, a southern lady in Atlanta, Georgia. But that, too, comes to an end when he awakes with nothing but a blanket around him and the cold barrel of a shotgun pressed against his forehead. Maggie, simple-minded and fun-loving, is as far removed from what he wants and needs in a wife as a hog straight from the wallow. Even though he keeps protesting that nothing happened in that dugout shack, he has no choice but to marry the woman.Somewhere in the middle of undoing the knot that had been tied by mistake, Maggie and Everett find they've fallen in love and don't want to end their marriage. But will either of them ever admit it?

Dear Listener: Wild Star is the third of the Star novels that first appeared more than ten years ago. It is, however, wearing new clothes, but it’s still the same story that will have you forever guessing what’s to come next. There are...