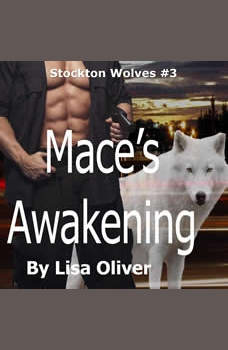 Roan didn’t expect to be put in a jail cell by the man who was meant to be his mate. But it wasn’t as though his life had ever been easy. In his world Omega wolves were sold as soon as they became useful, and he’d been trained his whole life in the arts of keeping a clean house and a Master happy. Unfortunately for him, being looked after was the last thing his mate seemed to want or need.

Mace was happy enough in his life. Women seemed attracted to his bad boy looks and his surly attitude. They never stuck around, but then he was married to his job, so he didn’t mind being alone at nights. And he had a pack. Okay, that wasn’t something he’d been raised to believe in, but he’d spent enough time with Shane and Dimitri and the rest of the guys to know they were like anyone else. They just sprouted fur on occasion, and ran on four legs instead of two. So when Dimitri confronted him with the fact that the cute little shifter he’d booked the day before was his mate, he had a lot of thinking to do – dealing with man bits was the least of his problems.

A serial killer with blond women in his sights, a whole host of misunderstandings, and the protective antics of Kalel, the cutest little cat shifter in existence, are just some of the hurdles these two men are going to have to overcome before they can have their HEA.

Warning: contains an Omega shifter who will break your heart, a gruff human detective who has a lot to learn about mates, and a pack that works overtime to keep their members safe. Contains M/M intimate situations and off page references to child abuse. If these are triggers for you, please don’t buy. As always, no cheating, no cliffhangers and an HEA guaranteed.