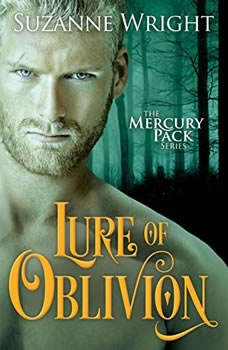 Gwen Miller may be a human, but she has no problem taking a stand against her own kind. She’s going to testify against the teenage boy she saw viciously assault a lone shifter female—and no amount of pressure from the boy’s wealthy family will make her back down. But when the harassment turns violent, help comes in the form of a lean, toned wolf with winter-gray eyes.As a guest at Gwen’s inn, shifter enforcer Zander Devlin can’t help but notice that the fierce and leggy brunette is in serious trouble. Since she’s putting herself at risk for one of his kind, keeping her safe is the least he can do. That’s not the only reason Zander wants her close. He desires her, even as the wolf inside him backs away from her. But his feral instincts are hard to keep down, and as they take shape, they’re harder for Gwen to resist. Then again, embracing them could be the only thing that could save her life.