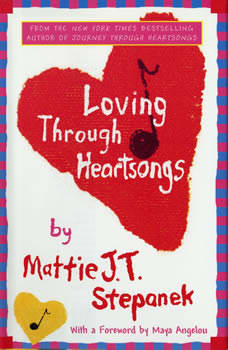 The perfect gift for Valentine's Day, to share with a loved one or cherish as a keepsake, fromNew YorkTimes bestselling poet and peacemaker Mattie J.T.Stepanek. Mattie J.T.Stepanek has won the hearts of millions with his inspiring poems.Now he's ready to spread a little love with Loving Through Heartsongs, a beautiful collection of poems written about innocence and trusting love from a child's perspective. Mattie's struggle with muscular dystrophy has never kept him from feeling deep love for his family, friends, country, and faith-heartfelt emotions that are reflected throughout this program.

"When I was 16, Helen Fleischman assigned me to memorize Shakespeare's Sonnet No. 29, 'When in disgrace with fortune and men's eyes, I all alone beweep my outcast state' for English class, and fifty years later, that poem is still in my head. Algebr...