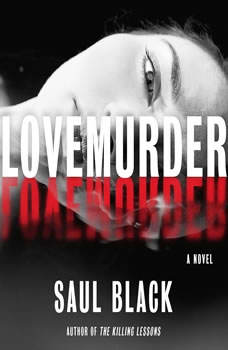 *Winner of a 2017 AudioFile Earphones Award*"Suspense at a breakneck pace. Delaine demonstrates her talents as a narrator through realistic portrayals of a dizzying cast of male and female characters, both criminals and cops." — AudioFile MagazineWhen she’s called to the murder scene, the last thing San Francisco Homicide detective Valerie Hart is expecting is for Katherine Glass to walk back into her life. Six years earlier, revulsion and fascination had gripped the nation in equal measure, as beautiful, intelligent, charming—and utterly evil—Katherine Glass had been convicted on six counts of Murder One. But the freshly-mutilated corpse in the ground-floor apartment bears all the hallmarks of Katherine’s victims. And then there’s the note, with its chilling implications. Addressed to Valerie. To stop the slaughter, Valerie has no choice. She must ask Katherine Glass to help her decipher the killer’s twisted message. But that means re-entering the pitch-black labyrinth that is Katherine’s mind, and this time Valerie isn’t so sure which one of them will survive.