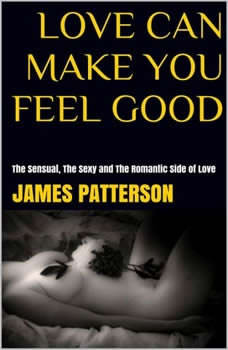 Love Can Make You Feel Good: The Sensual, The Sexy and The Romantic Side of Love

Has society really forgot how to love? Have any of your perceptions of what love change because of social media, hate, or heartache? Love is beautiful, but how many of us express love, has changed, and exploring the essential parts of love is what this book is all about. No one will ever be tired of making love. However, they can and will grow tired of having sex with partners they know is not in their future plans. This is not a "show you how to" book on relationships and marriages, however, it is a book that expresses how people like you and I express love in sensual and sexy ways!

Erotica As You Like It: Secret House Wife Conjure a Creative Man
by Thoth Charles

Immersive and Addictive Technologies
by Man with a Cat

Would You Like To Start Climbing The Real Estate Rental Ladder?Property investment is one of the most lucrative ways to make money - but only if you know what you are doing.It is so easy to get it wrong by buying in a bad location, paying too much f...

The Black Star of Kingston: Tales of Old Natalia 1
by S. D. Smith

Over a century before Heather and Picket's adventures in The Green Ember, a displaced community fights for hope on the ragged edge of survival.My place beside youMy blood for yoursTill the Green Ember risesOr the end of the world.Whitson Mariner and...

Days You Wish You Could F**ck Someone UP: When You Become Tired of People Sh* t
by Raymoni Love

The world has always been violent, and through violence nations and leaders have expressed their vexation across to those that pissed them off. I know today, the women of the entertainment industry would love to kick the Ass of the people that se...

Scathing smutpunk political satire. The main character is deeply in love with Tronald Dump but he’s a Mexican alien which allows him to satirize the system. He’s an alien from Mars, not an illegal alien. He’s on Earth because he&rs...